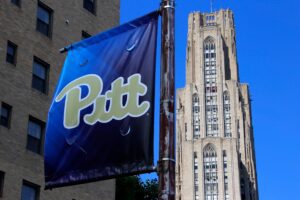 HARRISBURG — Gov. Tom Wolf plans to quietly give Pennsylvania’s four state-related universities including Penn State and Pitt a one-time $40 million boost using stimulus money that he has the sole power to direct.

The move follows opponents of abortion access in the state House unsuccessfully attempting to block funding for the schools over Pitt’s research using fetal tissue.

Pitt, Penn State, Lincoln University, and Temple University receive taxpayer dollars each year to subsidize in-state tuition. The legislature did not increase the formal appropriation for the universities as part of this year’s budget.

Instead, Wolf plans to direct a one-time 5% increase to the schools using stimulus money that the legislature voted to give him this summer. The bill appropriating the money states only that it is for “pandemic response.”

The governor did not highlight the appropriation in a press release touting his education funding “legacy,” nor did he publicly disclose it elsewhere. It was noted in a budget summary released by state House Democrats.

In an email, Wolf spokesperson Elizabeth Rementer confirmed the plan, which matches what the Democratic governor proposed in his February budget address.

“I support supporting the state universities,” Wolf told reporters in June. “I’d like to figure out a way to do that.”

In emails, spokespersons for top legislative Republicans — who faced backlash from rank-and-file Republicans as well as anti-abortion activists for funding Pitt — said they were either aware of, or not surprised by, Wolf’s move to give the schools extra funding.

Erica Clayton Wright, spokesperson for state Senate Republicans, said in an email that “there was a verbal understanding that the funds would go to them.”

Jason Gottesman, spokesperson for state House Republicans, said in an email “it would not be surprising” if Wolf chooses to use the money to boost state-related funding “given this has been a long-standing priority of his office.”

Both emphasized that the funding was considered a temporary, one-time increase.

Such research uses tissue obtained from aborted fetuses, whether from an elective abortion or a miscarriage.

According to Pitt, scientists at the university have “used fetal tissue to better understand the efficacy and safety of certain treatments for HIV, AIDS, and cancer.” The research is funded by federal grants.

Knowles was frustrated that the school received its usual appropriation even though his effort to ban fetal tissue research fizzled. He compared the extra money from Wolf to “poking somebody in the eye.”

In previous years, funding the state-related universities was a pro forma vote that elicited little controversy in the legislature. But starting in 2019, some Republican lawmakers began to use talking points from anti-abortion advocates to attempt to block Pitt’s appropriation.

Anti-abortion activists have claimed that Pitt violated state and federal law as well as medical ethics in these studies, charges that a report commissioned by the university found to be untrue.

Shortly before the June 30 budget deadline, House Republicans successfully added an amendment to the universities’ funding bill that would ban Pitt from conducting fetal tissue research.

The lawmakers were motivated not only by concerns about the research, but by former Pitt chancellor Mark Nordenberg’s stint as chair of the state’s redistricting commission, which produced a state House map that will likely reduce Republicans’ majority, and by a general frustration with higher education.

As the deadline came and went, the lower chamber took a different approach, advancing a clean version of a bill to fund the universities and adding the research ban to unrelated broadband legislation.

Wolf signed the clean funding bill, and the other legislation is stalled in the state Senate.

Wright, the state Senate GOP spokesperson, said the proposed research ban should be handled outside the budget process so as to not hold students’ tuition discounts hostage. She did not answer specific questions on whether the upper chamber would advance the amended bill.

In a statement, a Pitt spokesperson said that the university is “grateful” for Wolf and the legislature’s support and that it looks forward to “continuing to engage with lawmakers about the importance of higher education for Pennsylvania’s future.”

The $40 million for the state-related universities comes from a pot of federal dollars directly under Wolf’s control.

Since 2021, the Republican-controlled General Assembly has given Wolf $412 million in “pandemic response” money — $372 million last year, and $40 million this year.

According to Rementer, the Wolf administration has $229 million of those dollars left.

Spotlight PA was able to identify how the Wolf administration has used a little less than $128 million. Spending items include approximately $50 million on retention bonuses for state employees; $20 million in grants for hair salons and barber shops; $11.4 million for food banks to upgrade refrigerators and freezers; and $6.5 million in student loan relief and apprenticeships for nurses.

The administration is still in the process of dividing the remaining money between ” specific programs in consultation with the General Assembly,” Rementer said.

For observers of the General Assembly, the quiet effort to funnel extra money to the state-related universities highlights the stealthy ways elected officials make decisions without the public — or even state lawmakers — knowing about them.

“Even a broken process can fund good things here and there, like education,” said Micheal Pollack, executive director of the good-government group March on Harrisburg. “But we need to take a good look at that broken process.”

WHILE YOU’RE HERE… If you learned something from this story, pay it forward and become a member of Spotlight PA so someone else can in the future at spotlightpa.org/donate. Spotlight PA is funded by foundations and readers like you who are committed to accountability journalism that gets results.

This site uses Akismet to reduce spam. Learn how your comment data is processed.