Shamaine Danniels, The Latin Face of the City Council 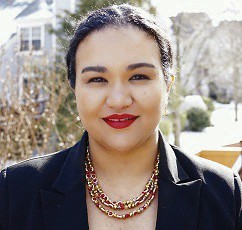 The City of Harrisburg has its legislative arm on its city council, which is made up of seven elected members. Regarding the members of this council, we have a Latin representation that is part of this entity. This is one of the city councilors, Attorney Shamaine Danniels. She is the first woman of Latino origin appointed for several periods for this important position in our capital city.

She was born in Tucupita, a small town located in the south of Venezuela, but she came to this country at a young age in the company of her family. For reasons of not having obtained citizenship before completing high school, she was unable to study the career she would have wanted to take. However, this did not take her away from success in her career as a lawyer.

Daniels attended the University of Cincinnati, where she earned her law degree and later majored in the area of immigration. As to her motivation in choosing the law degree and the branch she chose, her response was quite blunt. She acknowledges that the motivation to pursue this area of law arose through her own family experience and considers it a contribution to support the most vulnerable and unprotected groups.

The path to successful is not always easy, says the lawyer who has not escaped being discriminated against on the basis of sex, offspring and the color of her skin. In addition to dealing with such obstacles, she is dedicated to a profession where a high percentage of professionals are dominated by the male gender. All of these factors and some others, related to how the legal system is handled in the United States, leaves a little of its frustration with the deficiencies that, from her point of view, possesses the complex of which she is part. All of this is part of the challenge she has had to overcome in the exercise of her career.

She has litigated many important and interesting cases, but there is a specific case, which she is proud to have won. It was a rare situation, and had to do with human trafficking and a group of immigrant men. The socio-demographic knowledge of the area that gave rise to the complaint took her to take the case, which turned out in her favor and represents one of her most important achievements in her profession.

Danniels is definitely an excellent example of the value that minority groups have in our society and the great contribution they make to this country.

The immigration process is a life experience often difficult and in some cases painful. In the case of Daniels, as is that of many others, it became capitalized as a excellent opportunity to strengthen and persevere to succeed. •

This site uses Akismet to reduce spam. Learn how your comment data is processed. 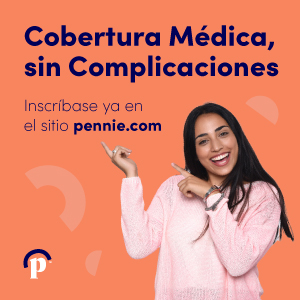